Posted on August 11, 2016 by batteryrooftopgarden 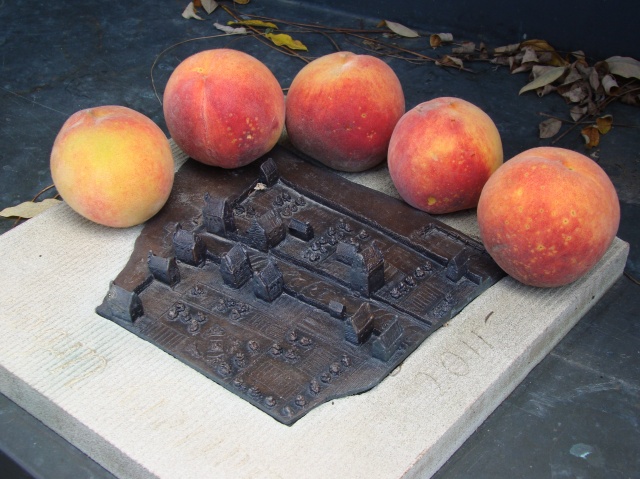 The headlines were breathless but accurate: “Valentine’s Day Massacre of Peach Blooms,” screamed the headline in Growing Produce; “Cold snap decimates peach crop in Massachusetts and beyond,” said another.   Even the staid Gray Lady declared, “East Peach Crop Almost a Total Failure; California Will Furnish the Principal Supply to New York.”

There is nothing unusual about cold weather in February, but specialists say that the problem this year was caused by the unusually warm days, with temperatures in the 40s and 50s, that preceded the February deep freeze.   This provides yet another reminder of the myriad unpredictable consequences of anthropogenic climate change.   It also reminds us of the many dimensions of the food security risks faced by our big cities.

Battery Rooftop Garden is located at the base of the Hudson Valley.   Dan Donahue, commercial fruit tree specialist with the Cornell Cooperative Extension, confirms that the Hudson River Valley lost 90 percent of its crop through a combination of the February deep-freeze and a cold snap in early April.   So you can imagine my surprise when the peach tree in the small rooftop orchard at Battery Rooftop Garden had its best year to date.   Without any special protection, and indeed without the insecticides, fungicides, fertilization and other attention lavished on the commercial peach crop, the rooftop peach (a dwarf “July Elberta” Prunus persica), produced peaches of unprecedented perfection:

I cannot pretend to know the explanation.   On one hand, Manhattan is probably a zone or half-zone warmer than the up-river areas that suffered the greatest losses. On the other, the tree sits on the 35th floor, which is both cooler than ground level and exposed to significantly higher winds.   But whatever the explanation, in the midst of the greatest stone fruit crop failure for decades, this urban dweller enjoyed a month of soft, moist, perfectly tree-ripened peaches, with unblemished skins and an intense peach flavor that for most American consumers is only a distant memory.

This is, I believe, a useful reminder that diversity of sourcing is at the heart of any strategy to mitigate urban food security risk, and that small-scale and urban agriculture can play a role that should not be ignored by those making our food policy. 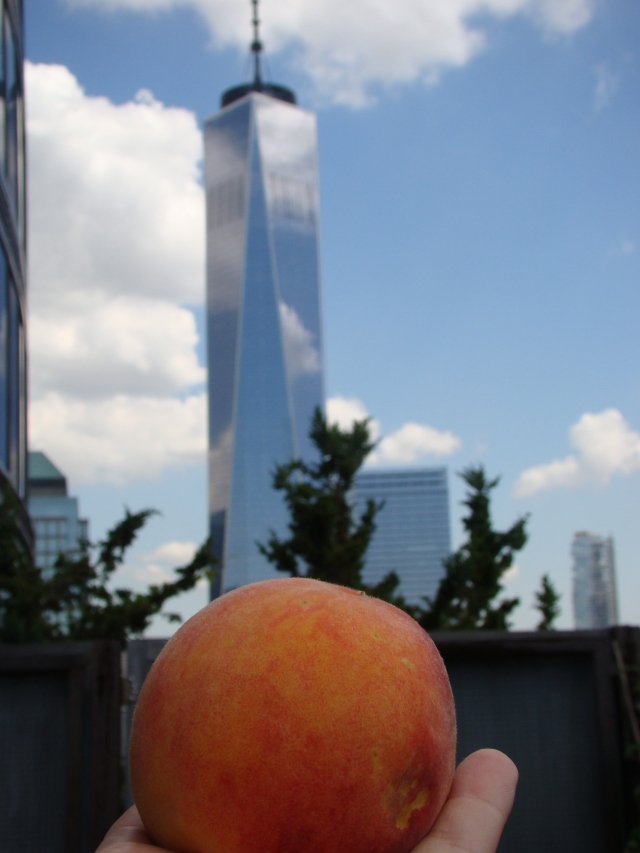