Posted on September 26, 2013 by batteryrooftopgarden 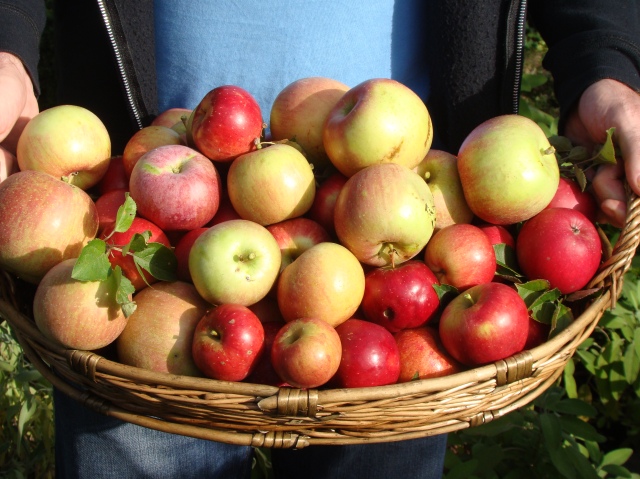 My long two-pointed ladder’s sticking through a tree

And there’s a barrel that I didn’t fill

Beside it, and there may be two or three

Apples I didn’t pick upon some bough.

But I am done with apple-picking now.

Robert Frost, of course, was not really talking about apples.  But I am.  This morning was apple harvest day at Battery Rooftop Garden.

The four trees, a Red Fuji dwarf, Red Winesap semi-dwarf, Macoun semi-dwarf and Royal Gala dwarf, were – before this year – consigned to the failure column in the accounting of the many experiments that began with the planting of the garden in the spring of 2010.   Three of the trees had never borne fruit, and one had pushed out a few stunted apples that seemed unworthy of harvest.     This was not, frankly, a great disappointment, as my analysis of the “half-life” of fruits and vegetables (see previous blog post) had demonstrated that the nutritional case for growing apples in the city was weak.   I should have left the apples to the many growers exploiting the superb apple terroir of the Hudson Valley.

Nonetheless, the experiment was not abandoned.  We pruned properly, but did not spray.   Mid-way through the summer, it looked like we might be experiencing a major pomological turn-around.   And then, suddenly, it was late September, and the boughs drooped low toward the roof with a heavy burden of good-looking fruit. 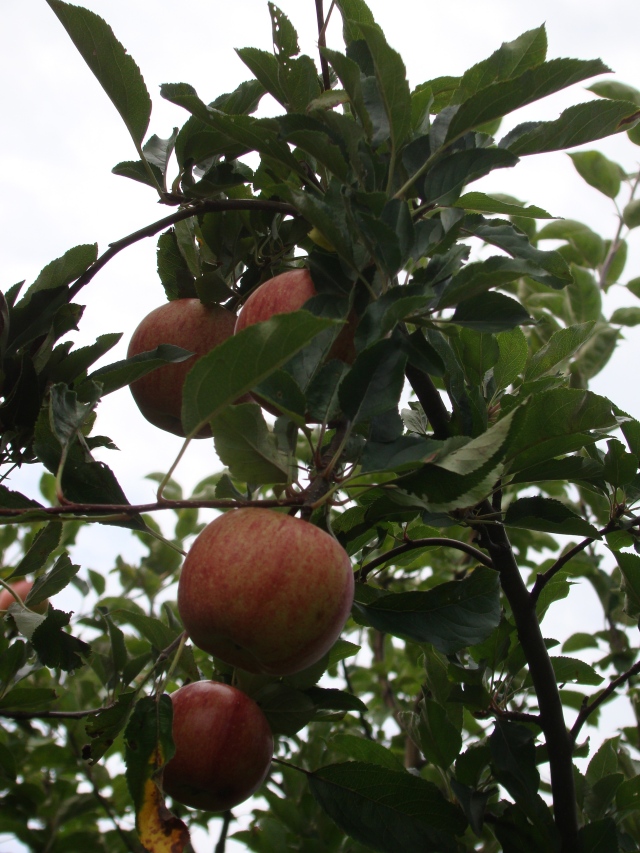 No guest workers were required for the four trees in this orchard.  In keeping with the general zen of urban agriculture in New York, we bolted the harvest on to a yoga lesson, and harvested with perfect postural alignment assisted and supervised by yoga teacher extraordinaire Tom O’Brien (also writer, director and actor in the award-winning independent film, Fairhaven, which I urge readers of the BRTG blog to download and watch). 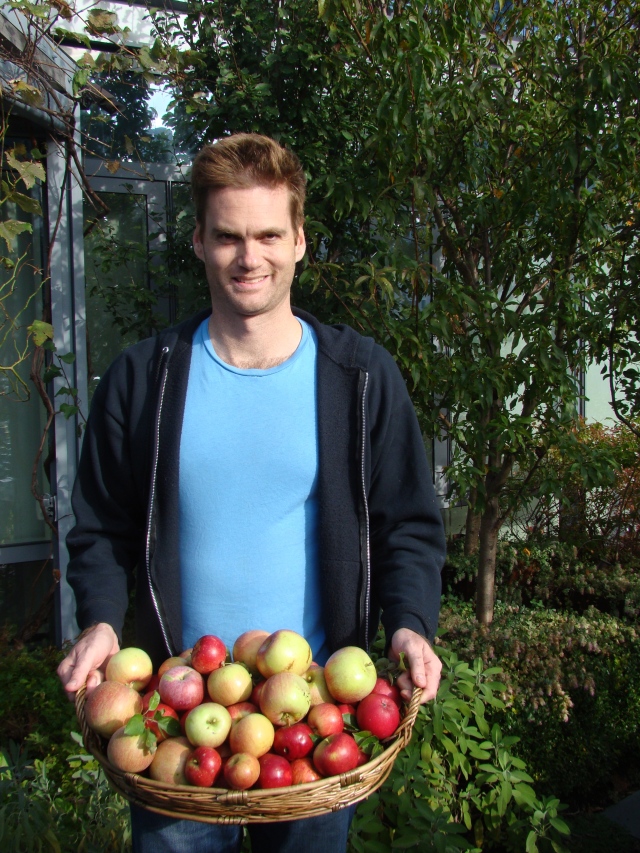 I am not burdened as Robert Frost was by “ten thousand thousand fruit to touch,” but there is enough fruit to carry this small urban household well into the winter. 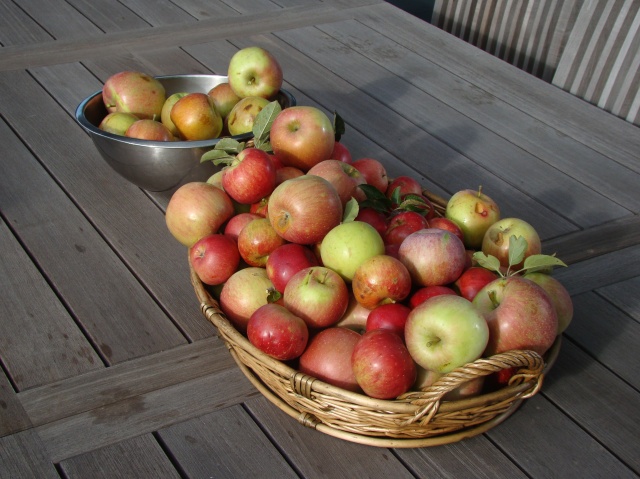 This entry was posted in Apples, Failures, Fruit. Bookmark the permalink.