Posted on October 15, 2013 by batteryrooftopgarden

Pop quiz: what do beets, spinach, quinoa and Swiss chard have in common? 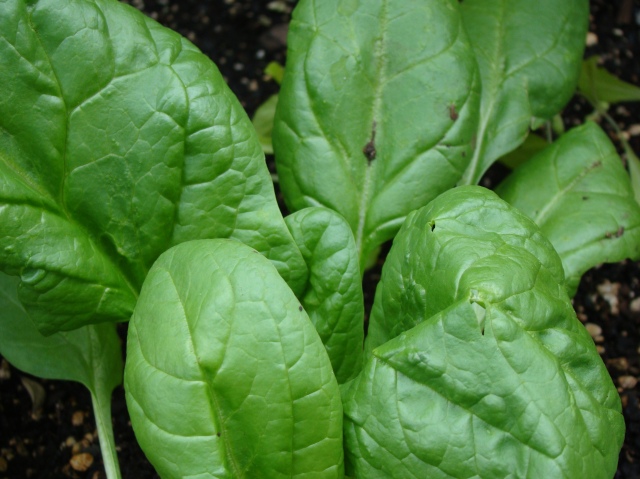 No, they are not all grown at Battery Rooftop Garden (no quinoa, yet).   Yes, they are all delicious, nutritious and ancient foods, but that’s not it either. 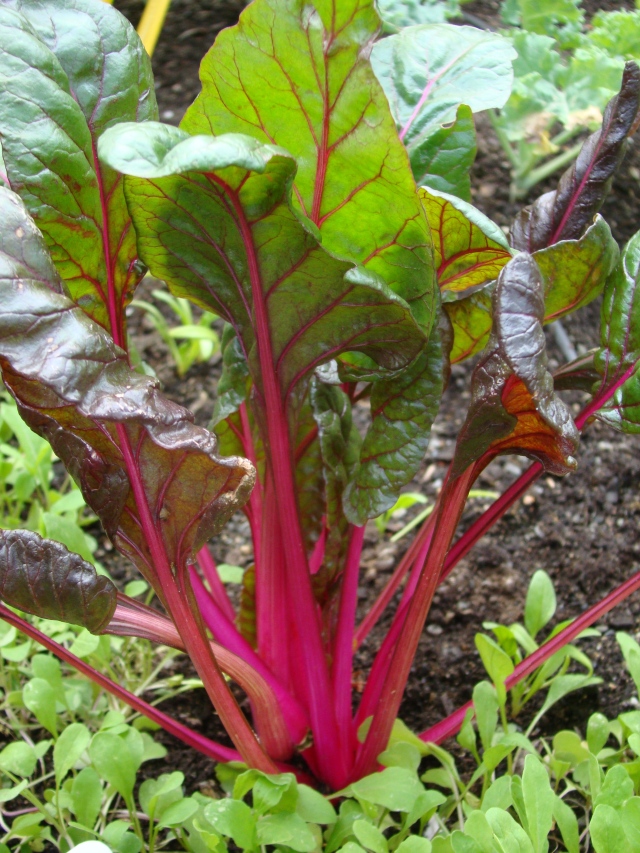 The answer:  the family Amaranthaceae (aka the “goosefoot” family).   These seemingly disparate vegetables are close cousins in one of the vegetable garden’s noble families, sharing a common evolutionary path, but sporting a dazzling diversity of features, and the cosmopolitan habit of settling in all over the globe, with a slight preference for temperate climates.  Their success, like that of certain ancient noble human families, may be due to a proclivity for reproductive excess:  their windborne pollens – most famously from sugar beets – have been found in wind currents three miles above the surface.

You initially may be surprised that a root crop like beets is a close cousin of a stem/leaf crop like chard; but this is simply a manner of culinary habit, not botanic morphology.   For example, look closely, and you will see that the Swiss chard also has a substantial storage root that can be harvested and stored for five or six months in a root cellar or other cool spot.

When it comes to human families, preoccupation with genealogy can quickly become tedious or worse.  But among urban farmers, a passing acquaintance with the genealogy of their plants is a must.   Vegetables in the same family rarely squabble when occupying the same row or bed (there are important exceptions), and farmers generally move families en masse from place to place each year in order to refresh (in the case of nitrogen-fixing Leguminosae family) or simply differently stress the soil (commonly referred to as crop rotation).

Most of us know the infamous “Nightshade” family (Solanaceae, including eggplants, peppers, potatoes, and tomatoes), the Onion family (Amarylildaceae, with garlic, leeks and onions) and the Brassicas (Bassicaceae, with its clearly related broccoli, cauliflower, cabbage, collard, kale, etc.).  But did you know that carrots, celery, parsley and parsnips are cousins (in the Apiaceae family)?

The 17th century cavalier poet, Richard Lovelace, whose brother was the second Governor of the New York Colony, was fond of insects and plants, with, perhaps, a special affection for the Amaranth family:

As my curious hand or eye,

Hovering round thee, let it flye.

This entry was posted in Beets, Chard, Spinach, Vegetables. Bookmark the permalink.