Beets and Berries for Breakfast

Posted on July 26, 2011 by batteryrooftopgarden

When we eat from the industrial food system, we generally plan our meals in advance, or simply cruise the refrigerator.   With roof-top agriculture, one starts each meal with no pre-conceptions about the menu.  Instead, meal preparation starts with a pleasant stroll through the garden, looking for vegetables and fruits that are ready to harvest.   This morning’s stroll resulting in a meal of beets and berries.    The beets included ‘Detroit Red’ and ‘Burpee’s Golden,’ and were roasted in foil (as recommended by Mark Bittman) during my morning workout.  Upon my return, they were perfectly cooked and ready to eat:

Saving the ‘Detroit Reds’ for later, I decided not to skin the ‘Burpee’s Golden’ (despite the authoritative Mr. Bittman’s admonition to do so), and dressed the supposedly golden beet (which as you can see was more a creamy white) with a splash of olive oil: 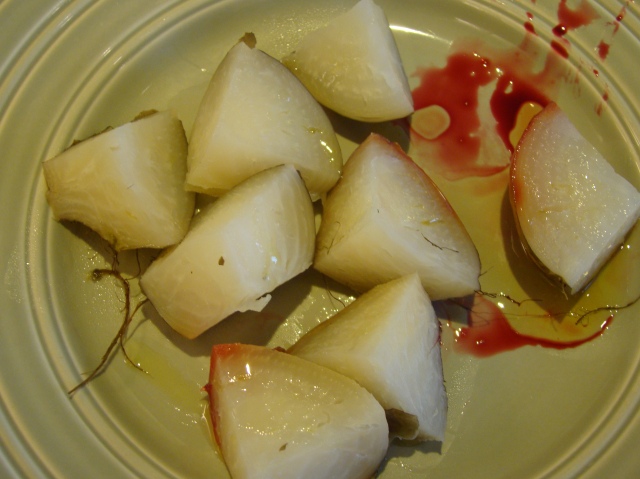 Very little bleeding, and as advertised by Seed Savers Exchange, it was indeed extraordinarily tender and mild.    The beet course was followed by a bowl of mixed berries, still slightly warm from the hazy early morning sun:

As you can see, the blackberries are the stars of the berry show.  For those considering a roof-top berry patch, I cannot recommend more highly Rubus canadensis ‘Ouachito.’   With the second year stalks nicely spread and secured to a metal frame, the plant has lived up to its reputation for continuous bearing and large sweet fruit.   And yes, I did stop and smell the roses: 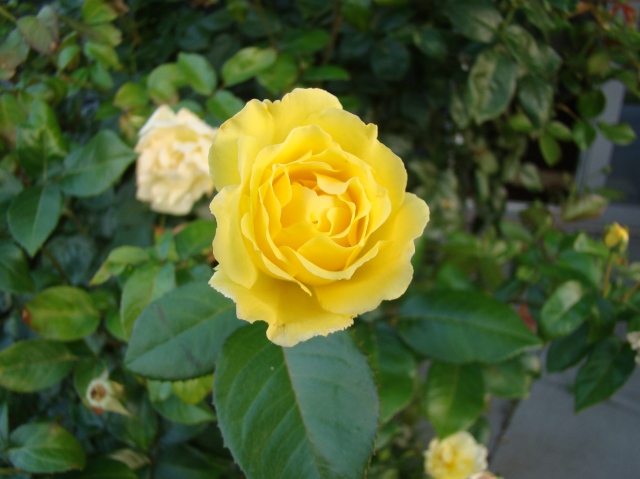 This entry was posted in Beets, Berries, Blackberries, Cooking and Eating, Meals and Menus, Ornamental Shrubs, Roses. Bookmark the permalink.